EVENT
ASSEMBLIES
THE SONS OF LIBERTY
RADIO
BRADLEE
DEAN
ALARM FOR WAR
STEPHANIE JOY
Home - The Dean-Daring The Justice Of God-Biden Invites Drag Queen To Signing: This Criminal Is Advocating The Crimes Of Sodom & Gomorrah

Daring The Justice Of God-Biden Invites Drag Queen To Signing: This Criminal Is Advocating The Crimes Of Sodom & Gomorrah

“Even as Sodom and Gomorrah, and the cities about them in like manner, giving themselves over to fornication, and going after strange flesh, are set forth for an example, suffering the vengeance of eternal fire.” -Jude 1:7

This last week, treasonous Joe Biden took upon himself, in servitude to his father the devil and his controllers (John 8:44), to dare the justice of God, and rest assured Joe, along with those who give him a pass, will get a response.

“All politics aimed at the gospel end in self destruction.”

Not only did he sign a unconstitutional bill titled “Respect for Marriage Act,” which is a “blow to hate,” said he but is something that has never been since the beginning of man (Genesis 5:2). This has nothing to do with marriage.  It has everything to do with demoralizing a people so that they have control over the masses.

Marriage is an institution that belongs exclusively to the Church, not the state!

Americans might also put together how these little perverse and criminal alliances are when looking to who is responsible for the Drag Queen push.  Look who showed up to treasonous Joe's signing at the people's White House.

The ‘Respect for Marriage Act’ is Only the Beginning

President Biden signed the Respect for Marriage Act, a bill that seeks to completely destroy and disrespect the covenant of marriage.

It was very fitting that the President invited drag queen Marti G. Cummings to the signing, further insulting the American people and making a mockery of our country.

As reported by the Daily Wire, Cummings embodies everything conservatives oppose about today’s radical sexual revolution. He once performed for a two-year-old, and is a big proponent of sexual youth indoctrination.

After a failed run for NYC City Council, Cummings said in an interview:

““I also think we need young people at the table. We need new, fresh voices,” he told the outlet. “We have a lot of queer elected officials now, but we need really, really progressive queer candidates. We need candidates who are going to take us to that next level.”

This sick man was invited to the White House. Yet, Cummings is not and never will be satisfied with the “progress” they’ve made– the left will always push for “that next level.” 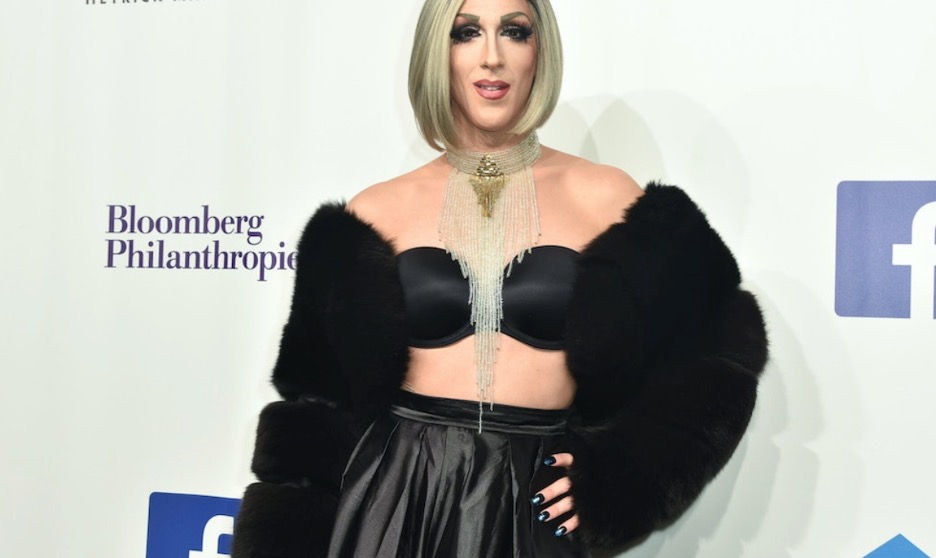 In conclusion: if you want to know who is behind this agenda of pedophilia, sex trafficking, foster care, and CPS, look no further than to those who are incumbent (State Department) attempting to normalize their said and individual crimes (Exodus 22:22; Luke 17:2).

Your government has been a part of for a long, long time.

They are daring the justice of God and when that justice comes, and it must surely come, it will fall on them, as well as those who tolerate these crimes against Heaven (Galatians 6:7).

This is CRIMINAL at every level (Psalm 94:16) and they must be lawfully stopped.

Article posted with permission from Sons of Liberty Media.  Article by Bradlee Dean.