NBC is again showing its antipathy for journalism and the First Amendment. The network’s utter disdain for truth and equity showcased in a pathetic apology made by email Tuesday for airing a carefully edited audio version of a 9-1-1 call placed by Florida neighborhood watch volunteer George Zimmerman, who shot Trayvon Martin to death in February.

“During our investigation it became evident that there was an error made in the production process that we deeply regret,” NBC News said in Tuesday’s statement. “We will be taking the necessary steps to prevent this from happening in the future and apologize to our viewers.”

Zimmerman: This guy looks like he’s up to no good. He looks black.

Zimmerman: This guy looks like he’s up to no good. Or he’s on drugs or something.

It’s raining and he’s just walking around, looking about.

Dispatcher: OK, and this guy – is he white, black or Hispanic?

This is a lot more than a simple “error on the production process.” This is a purposed omission to batter ram an agenda on the American people.

I recall my own personal experience with Rachel Maddow and MSNBC explained in the video below. Rachel took an entire minute out of the center of a comment I made on my radio program, “The Sons of Liberty.” She turned my statement that Muslims were calling for the execution of homosexuals (in Washington, D.C.) to mean that I was calling for their execution as well. She didn’t report that only once in August 2010, but again in May 2011, heightening the accusation and removing my disclaimer in her second report.

Rachel disparaged my name, my profession and my religious beliefs in an outrageous and shocking display of malicious intent to destroy my reputation, my ministry and my mission to “reshape America by re-directing the current and future generations both morally and spiritually through education, media and the Judeo-Christian values found in our U.S. Constitution.”

The repercussions of NBC/MSNBC’s false criminal reporting, in both the Zimmerman case and mine, has led to death threats, the posting of home addresses online and the endangerment of innocent lives.

Why would NBC do something like this? In this day and age, could the press be a means to make a story exist that fits its own agenda – no matter what it might cost others?

These pre-meditated attacks must be confronted head-on lawfully – and I intend to do just that for our posterity’s sake. Enough is enough.

The following video shows clearly why we are suing Rachel Maddow, SNBC and NBC for $50 million: 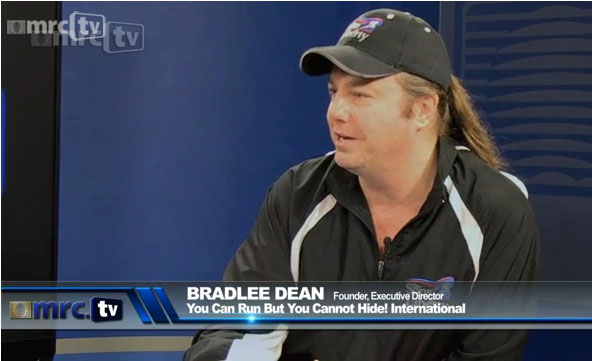