Bradlee Dean is the founder of You Can Run But You Cannot Hide International, a non-profit ministry that has performed over 350 personal responsibility lyceums in high schools and colleges across America, of which he has received over 80 letters of recommendation from school personnel. Dean is also drummer of the nationally acclaimed Christian rock band, Junkyard Prophet, and host of the popular national radio broadcast, The Sons of Liberty. 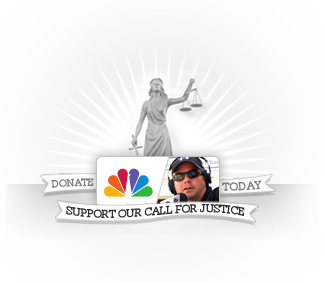 On August 10th, 2010, MSNBC’s Rachel Maddow reported on Minnesota’s gubernatorial GOP candidate Tom Emmer and his race against Mark Dayton. During the report, Maddow focused particular attention on attacking Tom Emmer’s pro-traditional marriage stance. She then made an attempt to tie Emmer with Bradlee Dean. She quoted an edited version of Bradlee Dean’s comment during a May 15th, 2010 broadcast. (As you know, MSNBC is known for editing quotes for political reasons, like George Zimmerman’s 911 call in the Trayvon Martin case and footage of the father of a Sandy Hook victim, both to advocate gun control. They also omitted portions of a speech by TX Gov. Rick Perry during the GOP presidential primaries to make him sound like a racist.)

During the broadcast, Dean was prodding the church to stand up for marriage between a man and a woman. He stated:

“Muslims are calling for the executions of homosexuals in America. This just shows you they themselves are upholding the laws that are even in the Bible of the Judeo-Christian God, but they seem to be more moral than even the American Christians do, because these people are livid about enforcing their laws. They know homosexuality is an abomination.

“And I continually reach out to the homosexual communities on this radio show, and I warn them, which one’s love? Here you have Obama condemning it behind the backs of the homosexuals but to their faces he's promoting it. Because he’s the one that said that he would never, no matter which way the winds go, Obama said he is not going to condemn or go against the Muslim nation. He’s also the guy that said we are no longer a Christian nation, we’re a Muslim nation … The homosexuals, they need to listen… I say this to my gay friends out there, the ones that continuously nitpick everything I say in their defense and for their eternal destination, Hollywood is promoting immorality and God of the Heavens in Jesus’ name is warning you to flee from the wrath to come, yet you have Muslims calling for your execution.

“If America won’t enforce the laws, God will raise up a foreign enemy to do just that. That is what you are seeing in America. Read Leviticus 26.”

In Maddow’s August 2010 report, Maddow excluded all the words in bold/italics. She twisted the comment to insinuate that Bradlee Dean, not Muslims, was calling for the execution of homosexuals.

To cover for herself, she then proceeded to quote a disclaimer on Dean’s website called, “Affirming our stance on homosexuality”. The disclaimer, in part, read, “We have never and will never call for the execution of homosexuals.”

After this first report, Dean did not take any action against Maddow because even though she edited his radio statement, she quoted the disclaimer.

In May 2011, Maddow once again began her rant against representatives who hold traditional American values, this time targeting Congresswoman Michele Bachmann, who happens to represent Minnesota’s 6th district, where Bradlee Dean resides.

In this report, Maddow again used the edited quote.

HOWEVER, Maddow knowingly REMOVED the disclaimer she previously used in the August 2010 report, “We have never and will never call for the execution of homosexuals.”

She then heightened the accusation by stating that persons like Bachmann and Dean are “bloodthirsty” and were calling for the “upping of the bloodshed in America’s culture wars.”

After this, Dean felt he had to respond.

See for yourself. View the video below to see both of Maddow's reports:

1. Dean and his ministry began to receive death threats via emails and phone calls, threatening to bomb his headquarters.

3. Another arm of Dean’s ministry, known as the Street Teams (who set up outside of stores nationwide “Salvation Army” style) began to be stalked and removed from store property due to complaints by people who saw Maddow’s defamatory reports.

Corruption in the court case:

It became apparent Judge Zeldon had hoped to rule against Dean and YCR and in favor of Maddow and MSNBC given her leftist ideology. Judge Zeldon ruled that the case before her could not be dismissed to Federal court unless Dean and YCR paid over $24,000 in attorneys fees and costs to Maddow claiming that the Defendant's attorneys should be compensated for the legal work they did in her case. However, Dean and YCR argued that the work performed in the Superior Court case was usable in the new federal action and thus they should not be penalized. Importantly, Dean and YCR had also argued that the claimed fees and costs by Maddow and MSNBC were grossly inflated and fraudulent, as Defendants frequently billed for four big firm lawyers doing the job of one attorney.

Outrageously, Judge Zeldon's order penalized Dean and YCR requiring that the fee and cost award be paid within 30 days, or the case will be dismissed with prejudice. This means that the federal court action could not go forward, as Judge Zeldon would have, once and for all, adjudicated the claims in favor of Maddow and MSNBC.

Incredibly, despite Dean and YCR having argued that Maddow and MSNBC's fees and costs were fraudulent, Judge Zeldon stated in her order that the Defendant's lawyers are "distinguished," and to the contrary disparaged Dean and YCR and their counsel, Larry Klayman. Because this, and other biased statements in the order, unmasked her prejudice, so Dean and YCR appealed Judge Zeldon's prejudicial decision.

It is also public knowledge that Maddow's lawyers are part of a large and powerful District of Columbia and New York-based law firm which donates to, or supports judges in many ways.

Support the cause of justice:

Bradlee Dean cares about America’s next generation who are the target of anti-American, communist activists. He is willing to stand against the media and their irresponsible and destructive reporting, all to advance a socialist agenda. He has fought for America’s children, and it is time to stand with him.

Freedom is never more than one generation away from extinction. We didn't pass it to our children in the bloodstream. It must be fought for, protected, and handed on for them to do the same, or one day we will spend our sunset years telling our children and our children's children what it was once like in the United States where men were free.