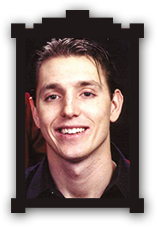 What is the first thing you do after you start your car?  Turn on the radio.   What is playing in the background at every store, restaurant, or theme park you visit?  Music is also used to move emotions.  In weight rooms you have heavy driving music, in sports arenas you have music that gets you excited, and during the holiday season you have Christmas music to get you into the spirit to spend money.  I could go on and on.  So how could so many people say music doesn’t influence people?

Let’s take a look at the word “influence.”  Influence in Webster’s 1828 dictionary is defined as, “denotes power whose operation is invisible and known only by its effects, or a power whose cause and operation are unseen."

George Harrison of the Beatles stated, “The main thing is to get the kids…nail you when you are young, brainwash you, then they’ve got you for the rest of your life” (“Loose Talk,” Rolling Stone, 1970)!

Jimi Hendrix stated, “Music is a spiritual thing of its own. You can hypnotize people with music and when you get them at the weakest point, you preach into the subconscious what we want to say” (Life; October 3, 1969, p. 74).  In a live interview, Gene Simmons, the co-founder of the rock band KISS said, “…I was also aware that you could also say kill, and you know just somehow this surge would happen” (Cross TV, 2002).

Recording artist, Marilyn Manson related, “I don’t know if anyone has really understood what we’re trying to do, to lure people in.  Once we’ve got ’em we can give ’em our message” (Hit Parader, October 1996, p. 28).  Guitarist Tom Morello of Audio Slave, said on Rage TV, “We are able to seduce some people in by the music who then are exposed to a different political message.”

All these musicians are stating the same simple concept; they have a message and they want their listeners to get it.

Ask a school full of kids how many watch MTV and you will instantly see a sea of hands rise.  Bob Pittman, the co-founder of MTV, which has become one of the most profitable and influential TV networks of all time, stated, “The strongest appeal you can make is emotionally.  If you can get their emotions going, you’ve got them.  At MTV we don’t shoot for the 14 year olds, we own them.”

So, if Bob Pittman owns his viewers, you would think that he would care for them as a parent figure and want to see them succeed in life.  Yet, try and name just three bands MTV endorses that promote good morals through their music on a consistent basis.  You cannot.  The sad fact is that Pittman’s network has more influence over today’s youth than most parents do.  Kids act, talk, dress, carry the same attitudes, and aspire to be just like their favorite musicians.

Music Has No Control Over Me

At Woodstock in 1999, 500 riot police had to stop the concert because of violence: 12 trailers and one stage were burned to the ground, dozens of sexual assaults and rapes occurred, 44 people were arrested, hundreds of people were treated on-site for minor injuries and 253 people were hospitalized for more serious wounds.

When the band Limp Bizkit took the stage, front man and lead vocalist Fred Durst introduced a new song titled, “Break Stuff” by stating, “It’s time to let yourself go right now because there’s no motherf****** rules out there.”  The majority of the chaos took place right after he said those words and the band started to play.

Now, it is against the law to rape and to destroy other people’s property, yet a musician can defy the law and tell the audience, “Do what you want.”  People no longer obeyed the laws but rather the voices of those who played the music.  Durst once told Entertainment Weekly, “There are kids out there…they’re gonna listen to every word I say.”  This Woodstock incident would suggest he is right.

The philosopher Plato said, "Let me make the songs of a nation and I care not who makes its laws." (Plato quoted by Grout, Donald J., A History of Western Music, 1973. p.8) And so you have it.

I play the pimp thing on purpose.  Like when I’m on MTV, these chicks are fanning and massaging me.  It’s not like I attracted them off the street, we f****** hired ’em!  I want everyone to be thinking I’m having the time of my life, but I’m single and miserable.

So it is in Hollywood; they hire people to play a part and none of it is real life.  Just think if these musicians actually told kids the truth—no one would come to their concerts or buy their albums.  If Durst would have told the Woodstock crowd, “I have no fear of God.  I set no boundaries in my life and have done whatever I wanted, and if you follow my example, the only thing it is going to lead to is misery and despair,” what would the crowd have done then?

I Don’t Listen To the Words

Maybe you are thinking, I don’t even pay attention to the words, I just like the beat.  Well, 80 percent of people listen to music because of the beat, so you are not alone.  However, I have a picture of a rock band from the 70’s and early 80’s that most of you would not recognize or care about, yet they have had an influence on nearly 100 percent of the schools we have performed at. I normally play the opening beats of their most popular song and ask the audience to finish with the words.  I’ll just give you the first four words of the phrase that this rock band made famous:

The song is Queen’s “We Will Rock You.”  The band’s lead singer, Freddie Mercury, died of AIDS because of his lifestyle of being a bisexual “queen.”

Many of you would never pick these guys out on the street, let alone buy their albums.  More than that, most of you would not agree with Freddie’s lifestyle o f practicing sodomy, but the fact is that you have been influenced for life by a dead man’s song—to the point where you even memorized the words.

The point is, no matter how hard you try not to listen to the words, you still hear them and they still influence you.

Take a look at what neurologist Dr. Richard Pellegrino was quoted as saying in the January 23, 1999 issue of Billboard magazine:  “Take it from a brain guy.  In 25 years of working with the brain, I still cannot affect a person’s state of mind the way one simple song can.”

You may need to ask yourself if you are “Under the Influence”!

UnderTheInfluence Audio
donations
all donations to our cause are gratefully received